By Tora-Kokoro
POSTED: 06 Nov 2020 17:59
CATEGORY: Short Story
FEATURED: Yes ( jsa005 )
They say âBe careful what you wish forâ. They say to be careful, or what you wish for may come true. Words are not merely some things that are spokenâ¦ words have power. Words have to potential to shape a life, a futureâ¦ even a person. Of course, I wish I had known to use my head before speaking, therefore creating my life as a living hell.

It was the night of April 17th, 1981. The night when I woke up to gunshots and the sound of rushing feet stomping through my hallway. I was afraid to move, afraid to make any sound, terrified that one small movement will result in a bullet through my temple. But for some reason, I did. Climbing out of my bed, and tiptoeing across the cold hardwood floorâ¦ it felt like crossing thin ice barefooted. Carefully, I had made my way to my door, though I wasnât sure how; it was darker than a ravenâs wing in my room.

I was met with cold, dark emptiness in the hallway. There was a faint scent of gunpowder, but it was nothing compared to the overpowering and metallic smell that invaded my nose. Blood. Quickly, my feet walked themselves down the hall, to the open door of my parentsâ room. My hand reached for the lightswitch, fingertips grazing the wall. The sight I was met with didnât quite fit at first.

Mother and Father looked like they were asleep. Almost peaceful. Except for the large crimson stains blooming in the white sheets, the small, neat holes puncturing the soft silk fabric.

No, it did not fit at first. Not at all. Once it did, I felt a strong sense of fear and anguish rising from within me until it reached the top, and I uttered a bloodcurdling scream.

Now, fifteen years later, the night that my parents were killed still haunts me now, but I remain indifferent to the whispers on the streets and the looks tossed my way. As a matter of fact, it downright pisses me off, but I really try not to let it get to me.

âSee her?â I remember one day when an old man, hair whiter than freshly fallen snow, spoke loudly to his grandson, âThatâs the girl who stood by while her parents were shot and killed. Let that be a lesson for you to make sure you donât be a bystander.â And so clearly, I remember the smug look on his face, the terrified look on his grandsonâs. These were the sort of people who shaped my reputation as the girl who watched my parents die, which of course was untrue.

I had glared at the man, and his grandson shrunk back against my death stare. âCall me a bystander. If anything, I wish it was your death I could watch and laugh at, you bastard,â I growled.

The man chuckled, almost as warmly as if I had made a funny joke. Yet it was cold; his snickers were as cold and piercing as sharp shards of ice. What happened next was so incredibly fast that I barely had time to blink. But his laughter was cut off so abruptly.

A speeding car screeched towards us, swerving out of control, its brakes completely useless. Out of the corner of my eye, I saw the old man turning wide-eyed to the car, taking a step forward to shield his grandson. All at once, in a spurt of blood and unpleasant cacophony of crushing metal and snapping bones, it was over. The man was dead.

All I could do was stare at the broken man, his still-warm corpse crumpled between the wall of a small clothing shop and the destroyed car. His grandson was nowhere to be seen. Almost immediately, I could hear whispers behind me.

âDid you see that?â âThat girl just watched that man die!â âShe didnât do anything to help him!â âThat poor child!â Upon turning, I was met with expressions of horror, shock, and accusation. This, I could not stand. I turned on my heel and strode across the street, keeping my head low to avoid any eye contact.

What the hell just happened? This question consumed my thoughts on my walk home. I couldnât answer that question, so I moved on to the next. Did I cause his death with my words? If this was the case, then maybeâ¦

My legs swerved around to turn the corner of a block, nearly knocking me off balance. The old gray house, paint chipped and peeling from the wood walls, windows cracked and dusty, came into view. My eyes drifted up and down my home, and I sighed knowing it would be empty.

But perhaps not for long.

Upon entering the cold house, I locked the door, for I was afraid of what may happen if I tried this. Maybe it would work, maybe it wouldnât. I wouldnât know unless I tried, right?

Carefully, I made my way to my parentsâ room, walking on hunterâs feet as not to awaken the ghosts. I flinched when the door creaked open, feeling fear rise up within me. I could not let fear get the better of me. Swallowing the lump in my throat, I entered the dark room and shut the door silently. This had to work.

Sinking to my knees on the floor, I lowered my head and placed my palms flat in front of me. Softly, I murmured, âI wish Mother and Father were here.â

At first, nothing happened. Then I heard the loud, slow knocks on the door behind me, a raspy, yet sweet voice calling.


This was actually an assignment for American Literature, but I'm really proud of it, so here you go 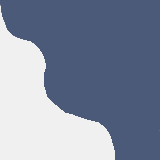 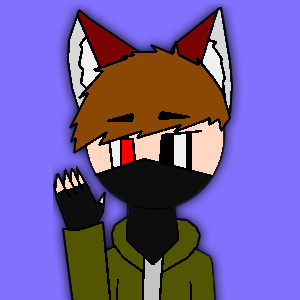 Very good, Cade. This is one of the many reasons I keep reminding you of how smart you are. 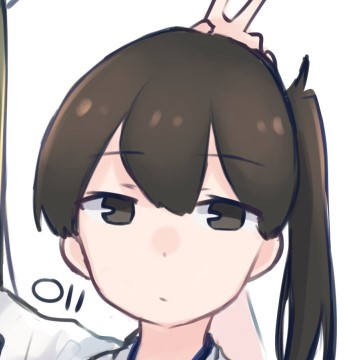 Generic gimmick, but not too badly executed.

GuiedGui
07 Nov 2020 05:05
In reply to Tora-Kokoro
The girl's ability to make whatever she says true. I feel like I've seen something like that before.

It's well executed, though. The reveal is kinda wacky though

And that's kinda the idea

Hmm, I just feel like there could've been better ways to execute it