Oh yes. The mighty mountain-dwelling furry little scamp known as the pika. He's a shy fellow. The pika is a small furry animal related to rabbit. He's between the size of a guinea pig and a hamster. 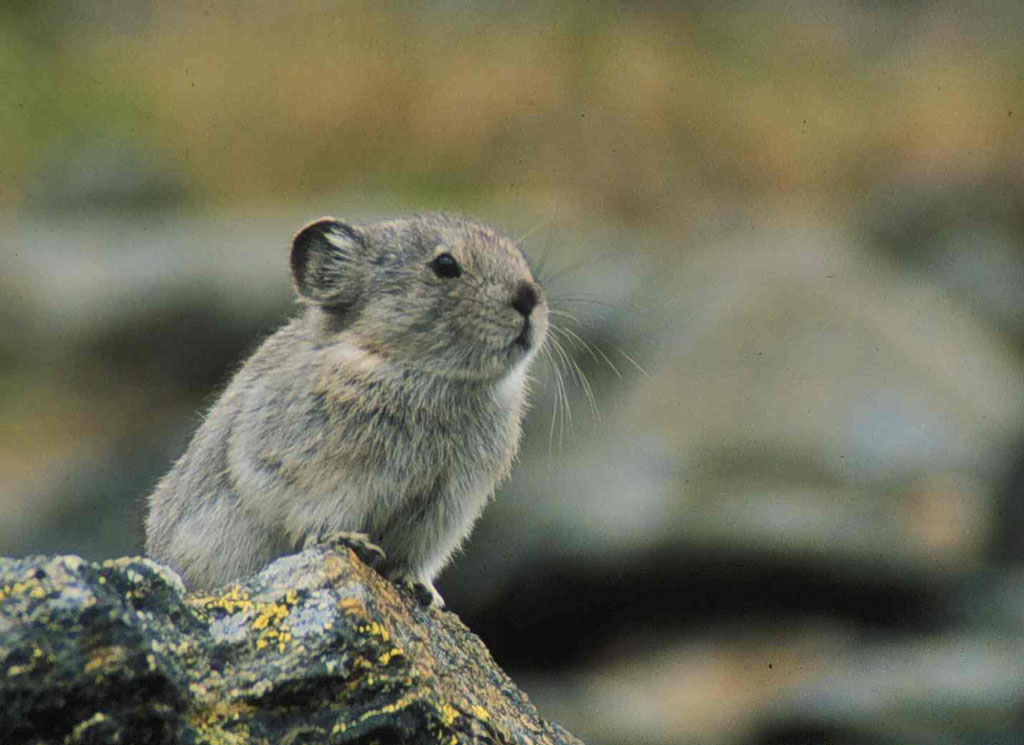 The name pika is actually a pretty broad term. It just refers to any of about 30 different species belonging to the same branch of that genus. Most of the species live in Asia.
This is about the American pika so if you aren't anywhere else then lucky you.
The american pika typically lives in high altitudes on mountains in piles of rocks. They're very shy animals, so you're not likely to ever see one. Some researches actually have a theory that the pika doesn't even exist but most of those researchers are dismissed as just being too uncool too see pikas.
The pika's tail is just like what it's attached to; very shy and not frequently seen. They have very short stubby tails. The limbs are also short and stubby. This leads to some of the more overweight pikas ending up big fluffballs with no visible body parts.(Or so I would muse)
Most pika spend their days frollicing about the mountain top enjoying the sun and collecting food which they dry and store in their dens. Occaisionally, they hide for hours from predators such as anything sporting fangs, claws, or pretty much anything that eats meat. The pika has no way to defend itself from anything.
They're also very sesitive to climate change. In fact, they're becoming an endangered species because of rising temperatures caused by global warming. Their fur is too thick for them to disipate heat quickly enough to survive in warmer climates.
Pikas are also not very good at living in most places. Only certain parts of mountainous areas in the northwest united states and south western canada can comfortably serve as home to pikas.
Truly, the pika is just plain ill fit to live at all with numerous predators, poor survival skills, and being unfit to live in the vast majority of the world.