Just a bit about me. I enjoy writing and history, primarily the second world war and Ukraine from 1917-1933. I devote most of my research of Ukraine to the Holodomor Genocide and the events that lead up to it and for the second world war, my primary focus is on the combat and liquidation actions by Waffen SS and SS SD teams (such as the Einsatzgruppen). I collect relics from the second world war and also travel to West and Eastern Europe to do battlefield surveying as well as search for relics.

My collection so far contains medals, bayonets as well as many misc. paper items including items from the concentration camps. My primary goal for collecting at the moment is to acquire a full set of the "Militarwissenschaftliche Mitteilungen"Military Science magazine. It shows what the Germans thought every month about the global war scenario from politics of the United States, to thoughts on Japanese military performance in the Pacific as well as covering things such as chemistry and other scientific sciences related to the military. If you'd like to see any photographs, please feel free to ask and if I can figure out how to upload and send them, I will.

I enjoy playing games, I have both an Xbox and a PC along with a switch. I play primarily Call of Duty and State of Decay 2 on my Xbox and various games on my PC, I really only play Smash Ultimate, Animal Crossing and Mario Kart on my switch.

If you enjoy talking about history, feel free to shoot a message my way as it's one of the few things in this world I have genuine passion for.

For anything else, feel free to ask me any questions. 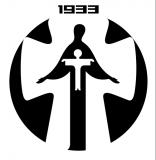 4
The Stasi: One-Hundred and Eleven Miles
In Educational
On 13 Apr 2020