Two-Year Anniversary: End of an Era

By GuiedGui
POSTED: 02 Jan 2022 03:41
CATEGORY: This Community
FEATURED: Yes (yaynikki)
(Go to comments)
Happy New Year's! You know what that means: it's 2022, and in comes a new year of the earth and Paint. For me, this milestone marks my second year on this site.

It's amazing how much we've changed as a community since I last wrote an annivesary blog. Maybe it's due to my lack of awareness of the current landscape, but there is a certain desolation in the air. Most, if not all, of the previously active members have exited the site, and the only ones rummaging around in this site's ruin are those who recently joined in the last year or so. It may be shocking to say, but it may be that this community will not survive long enough for me to post a third anniversary blog.

I don't want to be a downer, so let me highlight something that is incredible about the human spirit: it continues to grow and adapt, no matter the circumstances. To illustrate this, let me guide you through some of my highlights of the past year:

I experienced a cycle of hope, rejection, dejection, and rebirth. Emotionally, this year was tumultuous, but I am proud to annonce that I am a stronger person because of it.

My personality shifted for the better. I once overcalculated every face-to-face interaction I held with others, but I gradually became more carefree starting from the fall of 2020. Now, personality tests (however accurate they can be!) now list me as a 50/50 split between introvert and extrovert. I feel like that's an improvement from hermiting oneself.

I took the dive to enter higher education. Already in three months, I was able to relearn some of the concepts that I had long forgotten since disgracefully leaving college. I've met new people and became accustomed to a fast-pace life again.

I've joined a nonprofit and used my knowledge of CSS from this site and applied it to a modern website. Surprisingly, a lot carries over. I even earned a position at a local company that I've been wishing for due to my skills and newfound comfidence.

...But of course, that is but a microcosm of this community. I'm just one guy who mopes around here, hoping that maybe somebody will recognize his existence. With the number of people here, the impressions we've made on each other, and the promising futures each one of you hold, I cannot imagine that you will stop growing even if this community ceases to exist.
But it IS worth mentioning that you can find me on Discord in the SDK Paint Discord server, if you ever do need to talk with me after the death of this site.

It used to be true that I was fearful of uncertain futures. Although it's impossible to fully conquer that fear, I've come to a conclusion that tempers it: even though I cannot see into the future, I can control it by acting in the present. Now, we, too, have an uncertain future ahead of us. It is no matter, however, since the most impactful action we can partake in together is by growing as people, and therefore as a community.

So that is what I wish for, as a user of two years. 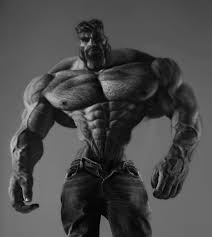 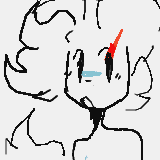 I personally am VERY glad that you are a part of this community (and that you care about its wellbeing so much, like myself),
and although things aren't looking so well here RN, I'm looking forward to many more of these anniversary blogs of yours in the future.

(I refuse to let this place fall apart.)

According to a Google search that I just did (which I did to confirm a statistic that I had heard multiple other places), the average American spends over 6 hours online every day, and over 2 hours of that is spent on "social media".

Now, I obviously spend WAY less time than that online (and not by choice), but what about all of the people who left Paint? How much time are they spending on other websites (including the SDK Discord server), that they COULD be spending here?

I am the 137730th person to join this website, and you are the 140519th, and even if we assume that 99% of the accounts created here are alts and/or bots (which is probably not the case), that means that there are over 1000 other people with accounts here who just aren't spending their time here. Where the heck are they?!

To be blunt, the only reason that this website is in such a sorry state is because most of the former members of this community just don't give a damn. If they did, they would be doing something to help this place (like showing up once a week for 30 minutes or something), rather than just letting this place gradually crumble into dust.
(For websites, death isn't inevitable, it is a direct consequence of neglect, and people not giving a crap.)

its my first year since i joined paint

GuiedGui
04 Jan 2022 19:00
In reply to EliTheFox
Well, welcome! I'm sure you've already gotten plenty of those, and here's to hoping you'll stay with us for many years to come :]]

Happy New Years. Also, yeah. It seems that the majority of people (including myself) are pretty new and now there arenât many people left from 2020 or before as Iâve been snooping as usual. @Draconid_Jo is one of the exceptions luckily. Itâs kinda sad. I am going to try to get more people on this site too, but it will be kinda hard of course. One thing that may help is having more than a Twitter and a Discord. Also, is there a way to join the server or (because Iâm broke) do you need to donate to join the SDK Community Discord Server.

GuiedGui
02 Jan 2022 21:48
In reply to DCTheGamr
Yes, you can join with the link on this group page. A lot of the older users of the likes of rlad, Dedode, and Angela frequent there. Just be warned that that's a completely different beast than the Paint that's around today.

DCTheGamr
02 Jan 2022 22:31
In reply to GuiedGui
Ok. Also, thanks for the invite link for the SDK Community Discord server :]

DCTheGamr
02 Jan 2022 16:34
In reply to DCTheGamr
To add onto this, this was something I feared in my SDKCommunity Concerns Blog (it was more so about the few people left here, but I think you can see where I am going too). Some ways I could try to get more ppl here is hosting events (such as pokemon giveaways) by making an account and for SwSh I give the code that always changes to prevent cheating while on Gen 7 and below, I use my 3DSes to friend them and remove them after giving the pokemon. I could also advertise with putting a custom name like "3DSPaint: DCTheGamr" on the pokemon. Hope the site survives the test of time (and population). Some like me and danlol1234 just go online bc the site is fun while other people only have this site along with a few others.

Draconid_Jo
04 Jan 2022 07:51
In reply to Weeeheep
There's also a link to it (and Mimi's RD: The Sequel's Discord server) on this page of my own Ryuusei no Tami group.

(Which is the most popular active group on Paint, BTW.)