By journey
POSTED: 11 Jun 2013 21:11
CATEGORY: Gaming
FEATURED: Yes (Danyelle)
(Go to comments)
I think it's time to break up with my girlfriend. While I'm at it, I should send away all of my friends, disown myself from my family, and move into a secluded cabin in the woods, where I'll probably grow a monumental beard.

After all, I've got Animal Crossing on my 3DS. Who needs people, right?

Although I'm only joking, it doesn't really feel like I am. Animal Crossing is one of those games that pulls you in, immerses you, and refuses to let go. Maybe it's the 3D visuals, maybe it's the portability, or maybe it's neither, but whatever it is, I always find myself totally into it. When I picked up the game on Sunday, I knew I had just committed to living two lives.

I can't say for sure how much time I've spent, but realistically, it's probably been between 5-7 hours so far. That number is gonna keep on growing, lemme tell ya.

After an extremely hilarious train ride with Rover, who looks like a cat but could also potentially be a dog, I entered the town of Olympia for the first time. Yes, that's the name of my town. I couldn't think of anything original, so don't judge me. He made me choose my town layout... I chose one with lots of rivers, because I love the fishing that Animal Crossing offers.

As I left the train station, I caught my first glimpse of the town, in all of it's glory. I found myself expecting Tom Nook to show up and offer me a job, but that wasn't what happened. It slipped my mind that I was the mayor of the town...which I was reminded of almost instantly when Olympia's citizens started applauding my arrival.

It was a historic day! After the parade was over and the women and beer were exhausted, I resided to my castle where I decreed totalitarianism and had my slaves build a fifty foot gold statue of me in the plaza.

Well, that's what I wanted to happen. Some game that would be, right? But instead, the mayor's advisor Isabelle told me to plant some fancy tree. Moments before, I had moved into a tent by the river and already been suckered into perpetual debt by local loan shark Tom Nook. I was forced to become a hunter-gatherer, living off of the land, trying to find my next meal.

What's miraculous (and not surprising in the slightest) is that Nintendo has somehow managed to make all of these activities fun. I am proud to say that I have played every version of Animal Crossing, including the Japan-only edition on the Nintendo 64, and they all have you doing the same, boring chores. But they don't feel like chores. They feel fun. And if Nintendo can make paying mortgage fun... they can probably make anything fun.

As much as I wanted to dive into my mayoral duties, I was halted by the unmovable rock who is Isabelle. She brought to my attention that I don't exactly have a home yet. Or any money.

Talk about a reality check.

So off I went, a shovel and net in my pockets (which, apparently can also hold sofas and cacti, which can also grow on trees. Who knew?), prancing through the forest and stripping nature of any life I could find. By the end of the next day, I had paid off my debt, albeit a little slowly.

During that time, I had the opportunity to visit two towns and host in mine. We hadn't unlocked the island yet, so there wasn't much to do. Actually, it was kind of...dare I say it? Boring. We didn't do anything together, actually; my guest just ran around taking all of my fruit. I'm sure it'll be more enjoyable during an event or at the island.

It fits the games pacing though. You do your own thing, take your time. Chat a little. Exchange items. I love it.

Next, I plan on putting up street lamps around my city... but that's just me. Share your best Animal Crossing experience belowI want to hear all about it!

I'll be on vacation for a little while, but there'll be more from me once I return. Until then, keep on gaming!

To see this blog and excluve posts, visit my new gaming blog at journeysdk.wordpress.com! Articles are posted earlier there!
+4 -0

¿Why Animal Crossing exist?
- For relax and have fun having things to we cannot have on real life.
¿Why we live?
- For live the life.

I love Animal Crossing! It really does pull you in. The fishing is just so peaceful! 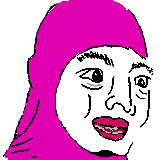 Bro, my activity log is just filled with me playing AC. I got this on Sunday as well and would have commented on this blog if it wasn't for me playing the dang game so much. This game took my soul. 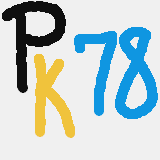 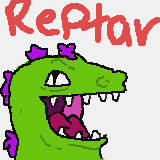 I don't have Animal Crossing.