The domain of darkness: prologue

By JasonFurious4
POSTED: 01 Sep 2019 17:36
CATEGORY: Short Story
FEATURED: Yes (Thi500)
(Go to comments)
He would walk down the road made of large stones, noticing people watching him as he did so. He was known as a protector, one of 5 chosen by the people of the village every 3 years, which was smaller then most of the neighboring villages.

His name was Samuel Trebyos, and every neighboring village knew of him, because he was known to have saved many lives during the longest disaster season anyone had ever seen, and was considered dead until he was found 2 weeks after the first snow.

He walked along the path to his house, which was connected to 5 similar houses. He wasn't even 10 yards from his house when the weather alarm went off. 'That's weird' he thought, 'cold season just ended, there shouldn't be any bad storms moving in.' Everyone came out of their houses and began to walk to the center of the village, where a large building stood, a place for gatherings and meetings.

"NO!" Someone shouted. "BACK TO YOUR HOUSES IMMEDIATELY! GET TO A SAFE AND STRONG PLACE AND STAY PUT UNTIL SOMEONE FETCHES YOU!" He wasn't just any villager, but the chief. Everyone began to wonder what would make him panic, as to he was a calm man.

"Samuel, Asher, Charlotte, Daniel, and Amari!" He shouted. The 5 people he ran to him, he began to speak, the more into the conversation they got, the more their faces faded to horror. The five parted from the chief, running to their families.

"Hey," Samuel said to his wife. He whispered into her ear and she too went from concerned to horrified. Samuel then bent down to his 5 year old son. "Hey there kiddo," He said to his son. "Your gonna go on a little trip to a cool place in the woods, so you can get better with your survival skills like you wanted." He said. "Are you gonna come with us?" The boy asked. Samuel placed a hand on his shoulder.

"I'm going to stay here. I have... Work to do for the village." Samuel said. "So I want you to go with your mother to a house in the woods, where you will be safe." Said Samuel. "Safe from what?" The boy asked.

"HELP!" Someone screamed, the man that shouted was running through the woods back to the village. The other protector, Amari, grabbed her bow. an arrow soared through the sky, hitting its mark in the trees, a pained screech from a non human creature echoed through the air. A few people ran to the man asking what happened.

the boy was picked up by his mother, and they ran away while his dad ran to the creature that got hit with the arrow and unsheathed his broadsword. "What do you want me to promise!?" The boy yelled. "Jackson, you need to stay quiet." Said his mother. Jackson nodded.

After a about an hour of running his mother asked, "Jackson, can you run on your own for a bit?" She asked. He nodded and began to walk. "Jackson move faster." She demanded. "What did daddy want me to promise?" He asked.

"Tell you what," She said. "When we get to the house, I'll tell you." Jackson thought for a moment. "ok." He answered.

"Good. Now," She poked his shoulder.

The next day they had finally arrived at the house. The sun was setting, she started to cook a rabbit on a cooker, which was a big, square Rock with vents, a large bowl, and a fire pit cut into it. Jackson watched his mother, Shannon, get some bread from the pantry, which was LOADED with jars and preserves.

"What is daddy doing?" He asked. His mother sighed. She didn't answer for a while, until she said, "daddy is hunting, the village is low on food and there's a pack of coyotes around it. So he is going to chase them off." Jackson just nodded, and continued to color. "You have a good memory." She said.

Shannon let her arrow fly, hitting the buck in the side, piercing its heart. The buck ran a few feet and fell, Shannon ran over to it and pulled the arrow out, wiping it with a cloth, and setting it back in her quiver. "I wish I was good as you at shooting a bow." Jackson told his mother. "But your to good with blades." Shannon explained. "Besides, your better at skinning critters then me." Said Shannon.

They sat at the table, eating the venison and wild rice. "Did you hear that?" Jackson asked. "Hear what?"

"... Nothing." He replied. After he was done eating, he changed into his night clothes and went to bed, but he heard something again. He jumped out of bed and ran down stairs. "MOM I HEAR IT AGAIN!" Jackson yelled. "What did you hear?" She asked. "It sounded like a panther!" He said. "Then it's just a panthe-"

"But it wasn't a panther!" Jackson interrupted. "What do-" Shannon was interrupted to the scream, and her blood chilled. It sounded like the blood chilling scream of a couger, but it wasn't. Just like Jackson said.

She jumped up and ran to all the windows, pushing heavy furniture in front of them. "Mommy?" Jackson asked.

A week or so later, the venison ran out, so Jackson and Shannon was going to go hunt today. "I'm ready!" Jackson shouted. "We aren't hunting today Jackson." Said Shannon, finishing boarding up the windows, then putting the furniture back in front of them. "We are eating some of our preserved beef today. Maybe I'll add some of that wild rice that you like." Jackson didn't argue with that. "YAY!" He shouted.

He went up to his room to play for the day. On his way up, he passed all of the boarded up windows and doors with heavy furniture blocking them, so the only light source was candle light. He still wondered why his mom did that. He liked the sun light.

Lunch time came around, and they ate the preserved beef and wild rice, which Jackson finished within seconds of sitting down. "Mommy?"

"Why did you lock all of the windows?" He asked. "Hmm?" She stalled.

Night time came fast, and Jackson went to bed. The screaming came closer to the house with each passing night. But tonight, it was right next to the house. Jackson thought nothing of it for some strange reason. He heard bangs and scratching and crashing and screaming... And still, fell asleep easily.

The next morning, he looked out the window, but couldn't see much from his upstairs bedroom window. So he walked down the stairs and noticed something was off. There was a big closet cabinet on the floor in front of the stairs. Not just any cabinet, but the one blocking the boarded window on the right.

His curiosity pulled him to it and on closer examination, he realized that there were scratch marks on it. Looking to his right he could see the window broken and the boards splintered inwards. He looked up at the wall in front of him to see more scratch marks lined up on the walls. "Mom?" He called, but no answer. He walked around, passing the basement door he wasn't aloud to open. He walked around the corner and followed the scratch marks, until he stopped in front of his mother's bedroom, which was open. He walked in and looked around. "Mom?" He called again, but still no answer. He looked at the bed, and found a note.

Jackson,
Last night the panther got in. But there is no reason to worry, I'm currently chasing it off, and if I can, I will find your father. I'm making the same promise as your dad, I don't know when or where, but I will see you again. And even though I'm not here, you still need to follow the rules I set. And DONT STAY OUTSIDE TOO LONG. Make sure the windows are always locked more than they are now, and please don't eat all of the preserves. 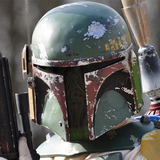 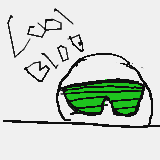 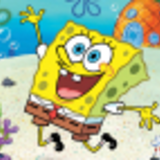 how did she have time to write a letter while chasing off a screaming panther thing?

JasonFurious4
09 Sep 2019 13:54
In reply to Gemini Guardian
Remember I have already written this whole book. Now I am finalizing it. You will have your answer soon...

latest news on this series!

A little late to leave a Comment, but I'm VERY glad you're going to publish this, as it's some EXCELLENT Writing on your part.

Besides, it is a really good Story.

OK EVERYONE! it is official. once this story is 100% complete, perfected, and just... PERFECT, its getting published. i dont know when, but it will. when it does, i will delete all of this story from this site.

JasonFurious4
08 Sep 2019 02:48
In reply to JasonFurious4
im talking published to the world in legit bookstores

Finrod
08 Sep 2019 12:31
In reply to JasonFurious4
Are you sure? That's a pretty big goal, but also I don't know anything about publishers.

And the note is cheesy, I know, but there is a reason
...

I like this. Creepy and Scary, but really good!