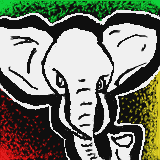 
What is your favorite character in the games you play? From which game is it from, and why do you like this character so much? 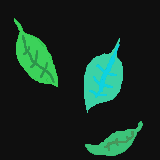 
Oooh, I've got a few:
Quote, from Cave Story. Because he's very quiet, but a hero, none the less
Balrog, again from Cave Story. He's just awesome. HUZZAH!! -Cue "Balrog's Teme"-
N from PokÃ©mon White/Black. Becase he's so mysterious and such a caring person.
Wheatly, from Portal 2. One, he's got an adorable British accent [I'm British my self, but his voice... :3] and he helps Chell, untill he goes mad.... I'm not gonna spoil it any more, play the game and enjoy.
Legolas from LEGO™ Lord of The Rings. Now, I know he originated from the books, but he has so many damned uses in the game. He can shoot arrows, jump higher and walk ontop of deep snow. [Also, if you don't touch the controler for a minuet, he'll cup his hand over his ear, as if he's using his Elven abilities to hear something from far away]
Go with a hunch, of a man, who's brain is fuled by LEMONS!


Me, from Minecraft. :-E
I loves me some Quesadillas.